EV production and the automotive industry are going to come back stronger than ever. Why? Many people are not going to want to travel by bus, train, or subway for a while. Who wants to sit in a crowded small space with a bunch of strangers over the next few years? The fear of COVID-19 will still linger.

Governments around the world have put in place incentives over the years to motivate consumers to purchase electric vehicles. These policies were designed to speed up adoption, not shut it down.

In the United States, for instance, consumers can receive a tax credit for up to $7,500 if they purchase an electric vehicle that meets the policy guidelines. That can be a strong piece of motivation.

The caveat is that these tax incentives are phased out once an automaker sells more than 200,000 electric vehicles. So if you’re planning on buying a Tesla, the tax credit won’t apply. Unfortunately, the tax credit expired for the company at the end of 2019.

But even without tax credits, the EV market will see exponential growth over the next 10 years.

Currently in the U.S., only 1.8% of cars sold are EVs. And in 2018, the last full year we have stats for, only 2.1 million electric vehicles were sold globally.

But Credit Suisse predicts over half of all cars sold will have some type of electric power by 2030. That will translate to about 60 million EVs sold annually.

But I don’t believe it will take nearly that long to see the mass adoption of electric vehicles.

The shift toward electric vehicles is happening more quickly. The total cost of ownership is already lower than a comparable internal combustion engine (ICE) vehicle. And with battery costs continuing to drop and efficiency improving every year, we have already passed the inflection point.

My strong preference is for Tesla’s vehicles, as readers likely know. Tesla is on the verge of rolling out full autonomous services on its vehicles. And the Model 3 sells for as low as $35,690.

And as I have predicted in the past, once Tesla launches its self-driving autonomous taxi service, consumers who own or lease a Tesla can opt into the program.

Their cars can generate revenue for them when not in use. For this reason, we could consider leasing a Model 3 or Model X with the expectation that the car will soon earn money for us.

Jeff Brown – Silicon Valley’s most successful angel investor… he was just off the campus of Yale University presenting the next tech cash cow….

He’s just shared with the public for the first time… a piece of tech that could be worth a $100 billion dollars right now and it’s inside the object on the table.

It’s the missing piece to the most anticipated new market — 5G could be worth $667.90 billion dollars…

By June it’s estimated 30 million American’s will have 5G access. And by the end of the year, almost 100% of the country will be 5G capable.

And every single new 5G phone will need this small piece…

The shocking thing is…. only one unknown company produces this invaluable missing piece… and it’s stock is going to blow.

And in this video, he’ll explain everything there is to it… this is just the tip of the iceberg…

Some Employees Claim Religious Beliefs Stop Them from Being Vaccinated 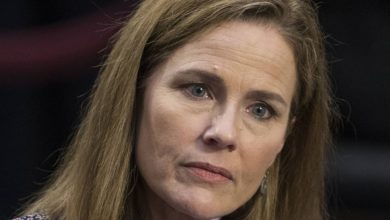