MediaTek company launched its first midrange processor for 5G-enabled phones last December. At the time, it was a sign that 5G was going mainstream.

The company just launched a 5G processor for low-end smartphones. This chip will allow a 5G-enabled smartphone to get down in the sub-$300 range. Yet these will be high-quality phones capable of delivering 4K video.

This is important for two reasons.

First, this is bad news for tech giant Qualcomm. I’ll explain with a little context…

As we know, Samsung and Apple are two of the largest smartphone manufacturers in the world. And they each make their own smartphone processors. They aren’t buying from third parties like Qualcomm.

That means companies like Qualcomm and MediaTek must fight over the remaining market share in the industry – and much of it is low-end phones. It’s a very competitive environment that is highly price sensitive.

With that in mind, MediaTek’s new product is better than Qualcomm’s competing processor. And it is cheaper. That dynamic will make it hard for Qualcomm to compete in the low-end segment of the market.

Bigger picture, the fact that MediaTek is out with a competitive low-end 5G processor this early in the smartphone refresh cycle from 4G to 5G phones is incredible.

During the shift from 3G to 4G, it took years to get a low-end processor for low-priced 4G smartphones that were roughly similar to high-end versions.

Semiconductor manufacturing technology back in 2008 and 2009 feels like the Stone Age to me compared to what is considered normal today. Our ability to produce very advanced processors at low price points is nothing like it was a decade ago.

Yet even with the 5G smartphone upgrade refresh cycle in its infancy, we will already have 5G phones priced between $200 to $1,400. Thanks to MediaTek’s new processor, there’s a phone for everyone, regardless of price.

And here’s the big insight – this wide range of options means that we are going to see consumers upgrade from 4G to 5G much sooner in the cycle than they did from 3G to 4G. In fact, this is going to be the largest refresh cycle in the history of wireless technology.

So the adoption of 5G-enabled phones and technology is going to be swift. And as investors, that means we are in the sweet spot for investment targets right now.

Jeff Brown – Silicon Valley’s most successful angel investor… he was just off the campus of Yale University presenting the next tech cash cow….

He’s just shared with the public for the first time… a piece of tech that could be worth a $100 billion dollars right now and it’s inside the object on the table.

It’s the missing piece to the most anticipated new market — 5G could be worth $667.90 billion dollars…

By June it’s estimated 30 million American’s will have 5G access. And by the end of the year, almost 100% of the country will be 5G capable.

And every single new 5G phone will need this small piece…

The shocking thing is…. only one unknown company produces this invaluable missing piece… and it’s stock is going to blow.

And in this video, he’ll explain everything there is to it… this is just the tip of the iceberg… 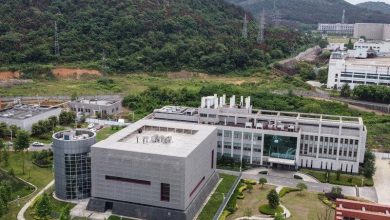 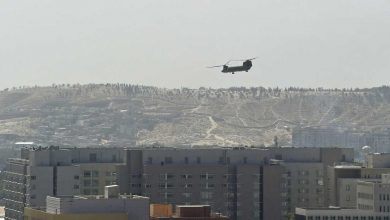 Once Again the Taliban Take Over Afghanistan – What’s Next?